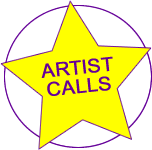 Vantage Art Projects is excited to announce that a new team of curators will be developing a three-pronged approach to the updated project for the second Vantage Point Exhibition-In-Print publication. This project was formerly known as "Gatekeepers". The new approach will see our team members developing critical writing for the project and jurying the artist submissions for publication.
The three curatorial team members are Dr. Jeanne Randolph, Kathleen Ritter, and Kate Armstrong. Dr. Randolf is based in Winnipeg and Kathleen and Kate are both based in Vancouver.
Involving more than one curator for the project was Dr. Randolph's idea in order to create a broader dialogue. We feel that this approach will allow for even more diversity in the selections for publication.
Here is a brief introduction to the team for Vantage Point II:
Dr. Jeanne Randolph is one of Canada's foremost cultural theorists, having been writing, publishing and lecturing for over thirty years. She is the author of four books, all published by YYZ Books, Toronto: Psychoanalysis and Synchronized Swimming (1993); Symbolization and Its Discontents (1997), Why Stoics Box (2003), and recently The Ethics of Luxury (2008). She is also the author of countless published articles in Canada and the United States, and has contributed texts to numerous monographs and exhibition catalogues for artists including Fastwurms, Vera Frenkel, Robin Collyer, Elizabeth MacKenzie, Bernie Miller and Ian Carr-Harris. Her pivotal essay "The Amenable Object," (1983) remains required reading in many university art courses.
Her writing is marked by an innovative approach to her chosen subject, a deeply ethical philosophical meandering that blends cultural theory and art criticism with personal history and a poetics of the imagination. A practicing psychoanalyst, Dr. Randolph is also known as engaging lecturer and performance artist whose unique vocal soliloquies--ranging from cat curating to architecture to boxing to Barbie Dolls to Wittgenstein--have been delivered in universities and galleries across Canada, as well as England, Australia and Spain. Randolph is the first and only writer in Canada to develop an Object Relations psychoanalytic theory as a medium for cultural criticism.
Kathleen Ritter is an artist and curator currently based in Vancouver. She is the assistant curator at the Vancouver Art Gallery. Her work has been exhibited at Prefix (2009), Modern Fuel (2008), the Robert McLaughlin Gallery (2008), Western Front (2004), Skol (2000), and Access (2000). Her writing has been published in the anthology Places and Non-Places of Contemporary Art (2005) and the journals ESSE, Fillip Magazine, Open Letter, Prefix Photo and SWITCH. She has curated several projects, including How Soon Is Now (2009) at the Vancouver Art Gallery, and Expect Delays (2003), a series of artist interventions that took place throughout the City of Vancouver.
Kate Armstrong is a Vancouver based writer, artist and independent curator. Her interdisciplinary practice merges networked media, written forms and urban experiences. She has written for P.S.1/MoMa, Fillip, and the Kootenay School of Writing, contributed to DAMP: Contemporary Vancouver Media Arts (Anvil Press, 2008), and is the author of Crisis & Repetition: Essays on Art and Culture (Michigan State University Press, 2002). She has lectured and held workshops on location-aware and participatory narrative at venues including the Tate Britain, Banff New Media Institute, the Obermann Centre for Advanced Studies, and Time’s Up in Linz, Austria. Recent curatorial projects include Tributaries and Text-Fed Streams for Turbulence.org and the Capilano Review (TCR), and Group Show, an exhibition for the Vancouver 2010 Winter Olympics featuring 12 winners of the Governor General’s Award in Visual and Media Arts.
The team will be developing their updated curatorial statements including a new title for the project after which the call for submissions will be reopened.
Please email us at info@vantageartprojects.com if you have any direct questions about the project.
Best,
Sherri and Jennifer,
Directors, Vantage Art Projects
Posted by Jennifer Mawby at 11:11 PM